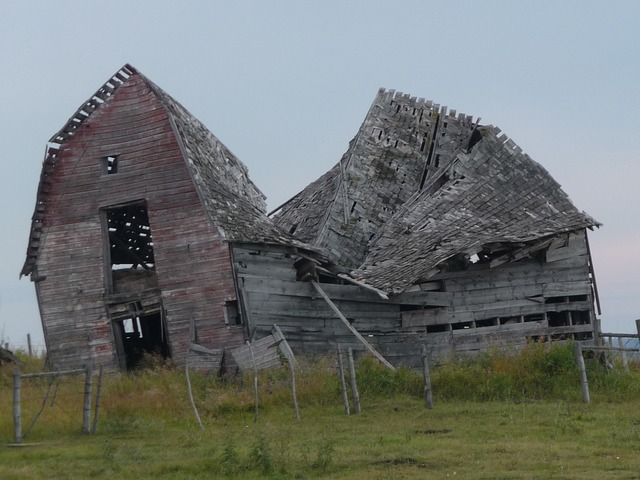 “Christ didn’t die to make our garbage nicer garbage. He died to overcome it, to take it away. There are many broken and imperfect systems in scripture and throughout the world, and patriarchy is one of them. God isn’t in the process of making broken systems nicer. Christ didn’t die so that we can ultimately have kinder injustices. God is tearing down broken systems.”  This was the opinion expressed by Kelly Ladd Bishop in an article she wrote for the Huffington Post entitled “The Foolishness of So-Called Biblical Gender Roles”.

You might think this was an attack on my blog by the title but it was actually against some other groups that hold to similar (but not identical) beliefs in Biblical Gender Roles.

Bishop made these statements as well:

“Taking an unjust system and making it nicer is foolishness.

However, this is exactly what many evangelical groups are doing with patriarchy.

Patriarchy, at its core, is a system of injustice, where women are not fully autonomous, but are under the authority of men…

Besides the exegetical problems with teaching a gender hierarchy, which are plentiful, the basic idea that God ordains a gender hierarchy is completely counter to God’s character, and the entire message of redemption in scripture.”

“gender hierarchy is completely counter to God’s character”? Really? I think Bishop and I must be reading different Bibles. No the actual problem is that she reads the Bible through her own feminist lenses. What that means whenever she comes across a passage that places men over women it must be a mistake.  It was part of a sinful culture that God just overlooked. God was just going along with the crowd.

The God of the Bible is not a God who tolerates sin. No mam.

God is not silent on the issue of Biblical Gender Roles, he is not implicit but rather he is very explicit on the subject.

Nevertheless let every one of you in particular so love his wife even as himself; and the wife see that she reverence her husband.” – Ephesians 5:22-24 & 33 (KJV)

“Wives, submit yourselves unto your own husbands, as it is fit in the Lord.” – Colossians 3:18 (KJV)

“That they may teach the young women to be sober, to love their husbands, to love their children, To be discreet, chaste, keepers at home, good, obedient to their own husbands, that the word of God be not blasphemed.” – Titus 2:4-5(KJV)

“Likewise, ye wives, be in subjection to your own husbands; that, if any obey not the word, they also may without the word be won by the conversation of the wives…

For after this manner in the old time the holy women also, who trusted in God, adorned themselves, being in subjection unto their own husbands: Even as Sara obeyed Abraham, calling him lord: whose daughters ye are, as long as ye do well, and are not afraid with any amazement.” – I Peter 3:1 & 5-6 (KJV)

It looks like to me and these other Bible believing groups she attacks that Bishop’s assertion that “gender hierarchy is completely counter to God’s character” does not have a Scriptural leg to stand on.

Kelly Bishop – you are right that “Christ didn’t die to make our garbage nicer garbage. He died to overcome it, to take it away.” He died to so that you and other Christian feminists could put away the garbage of your selfish ambition and rebellion against his design for your life.

2 thoughts on “Are Biblical Gender Roles a “broken system” that God wants torn down?”