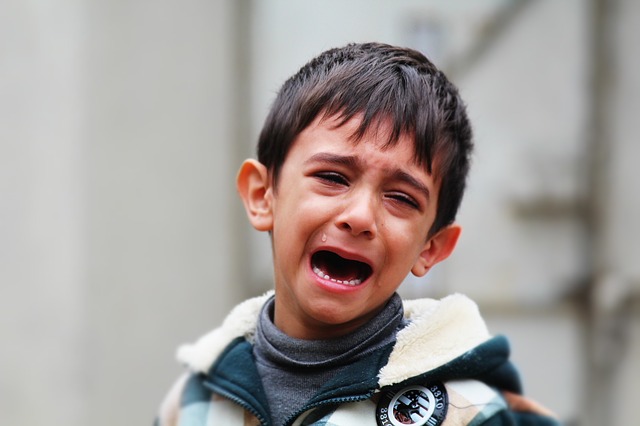 “Yes, God has given us the sex drive, but that doesn’t mean we must gratify it. We are not children any more…I can accept the sex drive to be almost impossible to resist when one is a teenager and the hormones are wild, but I cannot accept an adult man trying to excuse his adultery – or coerce his wife to have sex with him – by “I have a sex drive and my wife doesn’t!”.

This is an excerpt from a comment I received today from a Christian wife who calls herself ‘ketutar’. She was commenting on my post “Is a husband selfish for having sex with his wife when she is not in the mood?”.

This comment  is just another textbook example of the problem with the poisonous feminization of marriage that we see today throughout America and the Western world.

Ketutar’s philosophy of sex in Marriage

“I’m OK with this, except for two things.

1) Your marriage doesn’t need sex. If it does, you’re doing it wrong. Due to my health, we have not had sex for several years now. Our marriage is not suffering in any way. We are very intimate, kissing, hugging, holding each other, petting each other – we give each other compliments and express our love in all kinds of manners, like doing small favors to each other, giving each other tokens of love, thinking about the other, sending each other messages and kisses and hugs. Marriage needs intimacy, not sex.

2) Yes, God has given us the sex drive, but that doesn’t mean we must gratify it. We are not children any more. We don’t use diapers, we wait until we can use the toilet. We don’t need snacks, we wait until the meal is served and eat by the table with the family at decided times. We don’t need a bedtime story, teddy and a glass of water before we can sleep. We get up in the morning even when it would be so nice to stay in bed. We don’t have a 2 mile present wish list, nor do we go and buy whatever we might want just because we could – no, we are adults, so we see if the thing fits our economy, home, family and plan. If it doesn’t, we forget the whim, not the family and plan. I can accept the sex drive to be almost impossible to resist when one is a teenager and the hormones are wild, but I cannot accept an adult man trying to excuse his adultery – or coerce his wife to have sex with him – by “I have a sex drive and my wife doesn’t!”.

Also, God gave your wife her sex drive, too… if she got less than you do, should she go against God’s will to adjust to yours? Or should you perhaps exercise not giving in to your animal instincts, bodily whims and yetzer hara?”

You said – “Your marriage doesn’t need sex. If it does, you’re doing it wrong.”

No I am sorry Ketutar, but if your marriage does not need sex – you are in fact doing something wrong. The Bible shows sex as a need in marriage.

“If he take him another wife; her food, her raiment, and her duty of marriage, shall he not diminish. And if he do not these three unto her, then shall she go out free without money.”  – Exodus 21:10-11 (KJV)

God compares sex with food and clothing which are both needs as well. In a marriage – sex is a need.  While it is true that no person has ever died from not having sex, it is equally true that plenty of marriages have died from lack of sex.

Your husband is commanded by God to seek sexual pleasure in your body, and for you to give it to him.

“Let thy fountain be blessed: and rejoice with the wife of thy youth. Let her be as the loving hind and pleasant roe; let her breasts satisfy thee at all times; and be thou ravished always with her love.” – Proverbs 5:18-19 (KJV)

A man wanting sex when his wife is not in the mood is NOT childish.

In fact I would argue that women are often the ones who are acting childish for the reasons they often turn down their husbands for sex.

That is what it means to be a Christian spouse and an adult in God’s eyes.

Sex is what separates marriage from friendship

It is one thing for a married couple to not be able to have sex for brief periods of time due to health issues, surgeries or being physically separated(like because of job situations). But if a couple simply chooses not to have sex anymore that is no longer marriage as God intended it.

Even if it is due to health reasons.  I am going to be frank here.  Unless it becomes a physical impossibly for a man to achieve an erection or for a woman to have vaginal penetration a couple ought to be having sex.  This goes to the core of marriage.  Even with ED issues or women having issues with vaginal penetration there are other ways for a couple to have physical sexual intimacy.

Ketutar – you and your husband have allowed the “one flesh” aspect of marriage to be neglected or basically removed.  You no longer have a fully functioning marriage as God designed it to be – instead you have at best a close friendship.

In fact I would take a guess and say that you have successfully converted your husband into your girlfriend.

The only way your husband is not suffering is because of one of these possibilities:

You said “We don’t need snacks, we wait until the meal is served and eat by the table with the family at decided times.”

Well I don’t know about you – but as an adult I still need a granola bar or other snacks in between meals.  In fact many studies have shown that eating 4 or 5 small meals a day is better than eating three big meals a day the way many of us do.

And yes as adults we need “sexual snacks” as well as “sexual meals”.

Sexual snacks are quickies. That is when you don’t have a lot of time and maybe only one of you is in the mood but the other needs it so you go have a quickie.  Every healthy marriage should have quickies as part of its sexual diet.

Sexual meals are the full treatment.  This is when both people are in the mood (or get themselves in the mood if one is not) and they take their time with foreplay and just enjoying one another’s bodies until they get to the actual act of intercourse. This is the kind of sex where you hold each other afterwards and just cuddle.

Is a woman going against God’s will if she has sex with her husband when she is not in the mood?

You said “Also, God gave your wife her sex drive, too… if she got less than you do, should she go against God’s will to adjust to yours? Or should you perhaps exercise not giving in to your animal instincts, bodily whims and yetzer hara?”

Ketutar – do you honestly tell yourself that you are going against God’s will if you have sex with your husband when you are not in the mood?

It is ABSOLUTELY God’s will that you give your body to your husband whenever he needs it!

“Let the husband render unto the wife due benevolence: and likewise also the wife unto the husband. The wife hath not power of her own body, but the husband: and likewise also the husband hath not power of his own body, but the wife. Defraud ye not one the other, except it be with consent for a time, that ye may give yourselves to fasting and prayer; and come together again, that Satan tempt you not for your incontinency.” – I Corinthians 7:3-5 (KJV)

I realize you may have some health problems.  But health problems are not an excuse to end sex in a marriage. They may be cause for brief delays and rainchecks, but they should never eradicate sex from the marriage.

Ketutar – you have defrauded your husband (I Corinthians 7:5) and he has sinned by not finding sexual satisfaction in your body (Proverbs 5:19).  It appears he has abandoned his leadership position at least in this sexual arena, if not others.  He has enabled your sin now for “years”.

I pray that you will both repent of this mockery you have made of marriage and that you will indeed become “one flesh” as God designed you to be.

82 thoughts on “Is wanting sex with your wife when she is not in the mood childish?”