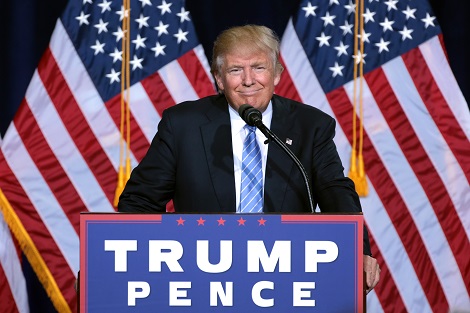 In a historic presidential election like none we have seen in the past century white working class Americans(both men and women) propelled Donald Trump to victory.

For decades the white working class voting block had been successfully divided by Democrats and Republicans so it was often ignored as a voting block.  Instead politicians pandered to other voting blocks.

But Donald Trump saw something no one else did.  A way to create a new coalition made up of people from the various voting blocks that both Republicans and Democrats were courting.

“Race, as is often the case, played a major role in the election. For much of the election, commentators, particularly in the dominant Eastern media, seemed to be openly celebrating what CNN heralded as “the decline of the white voter.” The “new America,” they suggested, would be a coalition of minorities, educated workers and millennials.”

But Donald Trump knew that in order to win he could not win with whites alone as he would never get 100% of the white vote.  So Trump targeted the black community and he actually did increase by a small margin the number of blacks voting Republican.  Even for those blacks who did not vote for Trump – he planted enough seeds of doubt about Hillary Clinton and the Democratic party that for many blacks if they did not vote for Trump, they stayed home.

He made a great deal of promises to help the black community and if he carries through on even half these pledges he will likely grow the number of black voters voting Republican in the next election.

He also peeled off a few millennials as well and in doing so he cut into the new democratic coalition “of minorities, educated workers and millennials” while at the same time cutting into a traditional democratic strong hold – union workers.

In doing all this Donald Trump took states that had not been taken since Ronald Reagan took them in the 1980s. He did not hide this strategy but proclaimed that he would expand the Republican base in this way all through the primaries.

And make no mistake this election was about a lot more than getting more people to vote for Republicans than Democrats.  It was about changing the way  Americans think.

Would you rather have a job and be able to earn your own way than receiving a government check for doing nothing but breathing?

Do you want your government to protect your country not only from military and terrorist threats but also from economic threats?

Do you want your government to stop it’s policy of unchecked and unregulated immigration?

Many voters answered a resounding YES to all three of these questions. For millions of voters this election was not about Republicans and Democrats but instead it was about these very important policy questions that affect lives of every day Americans.

But the sad fact of American politics is that except for whites, all the other races in our country seem to vote pretty monolithically for the socialist and globalist policies of the Democratic party.   If Donald Trump is to succeed in protecting the American people and our economy and return us to a lasting prosperity and freedom he will have to find a way to break up the monolithic voting patterns of these other racial groups.

With all this being said I am very excited at this historic opportunity.  Since George H. W. Bush in 1989 we have had an unending string of moderate Republican Presidents or Presidential candidates.  Both George W. Bush and his father, as well as Bob Dole, John McCain and Mitt Romney were all moderates.  They did not want to make vast sweeping changes in the government or our policies.  All of them were soft on immigration and all of them were globalists and free traders.

After decades of deregulating our immigration rules and the utter failure to enforce our nation’s immigration laws we finally have a President who will bring law and order not only to our cities but also to our borders.

He will appoint Judges to Supreme Court and other Federal courts who will upload the founders original intent.  Hopefully we finally have a President who will protect the religious freedom of our people from the onslaught of secularism.

Rather than continuing the values that have lead to the weakening of our culture ,economy and military hopefully Donald Trump will return us to the original values that made this country great.

But in the end Donald Trump is just a man, an instrument that God has allowed to come to power.  Ultimately as believers our hope must continue to be in God.

60 thoughts on “Working class Americans give Trump the Presidency”