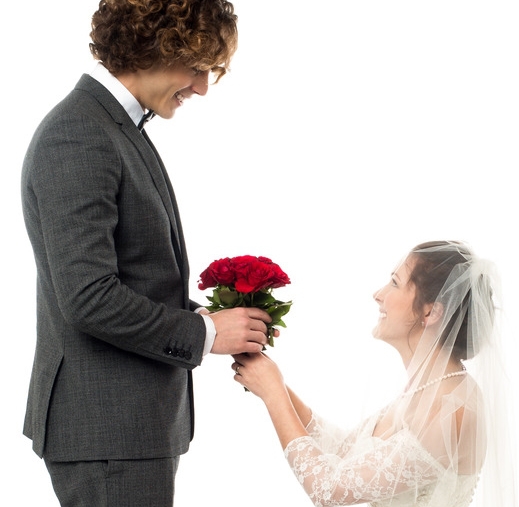 He recently sent in a comment on my post “How a husband can enjoy sex that is grudgingly given by his wife”. Rather than just post a comment to him there, I felt my response to Rollo warranted its own post because I think it would be beneficial for my readers to see where Rollo and I agree and disagree on how men can tackle feminism in their marriages.

“While I might not endorse overt Dread for Christian men… http://therationalmale.com/2012/03/27/dread-games/

I would advise they become more aware of the opportunities that passive Dread represents in their marriages: http://therationalmale.com/2013/05/13/soft-dread/

Most Beta Christian men (which is to say 90%+) will proactively try to diffuse the sexual anxiety and tension necessary to inspire the ‘desired’ sex you describe here. They believe the pro-feminine lie that rapport, comfort and familiarity is what leads to sexual desire so they make every attempt to convince their wives that they have no need to worry or feel insecure that any other woman would want them sexually, much less appreciate them for being ‘good christian men’.

What they fail to grasp is that passionate sex inspired by genuine desire is the result of insecurity, anxiety and sexual tension. Most Christian men are conditioned to bypass this phase in seducing their wives, thinking that comfort and security are what will prompt her to being more sexual, but in doing so they kill the vibe before it can build. Comfort and rapport are post-orgasm, oxytocin effects, but Christian men believe they are prerequisites for sex. For the most part they are deathly afraid to embrace and exaggerate the uncertainty, spontaneity, anxiety and tension women need to feel sexual urgency.

You make sex another chore for a woman when you negotiate for her desire. Genuine desire cannot be negotiated. If you find yourself in a sexless (or passionless sex) relationship with your wife you need to embrace using soft dread situations to prompt her imagination. A woman’s imaginings are the best tool in you seduction toolbox, learn how to inspire them.

Make your wife unintentionally uncomfortable. Sexuality is spontaneous chemical reaction between two parties, not a process of negotiation. By its very nature passionate, desired sex is a result of being uncomfortable, uncertain and urgent. It might be an uncomfortable truth to most Christian men, but the best, most memorable, married sex you have won’t be the result of a pre-planned “Date Night” where you stage manage every event and nuance in advance; it will be the rough, hard-core, make-up sex you never thought you’d have after a near breakup inspired by the anxiety of the thought of never having you around anymore. “

My Response to Rollo

I have read many articles on your blog and I do find some truth about male/female interactions in what you say there.  You and I would agree there are many lies propagated by feminism, some of them psychological and others sociological.  Your blog is proof that that you need not be a Christian or even crack open a Bible to see feminism is a poisonous ideology.

The Biblical purposes of Marriage

But for me as a Christian, I have to look at marriage from a Biblical point of view.  If I truly believe the Bible is the Word of God, then I embrace him as my creator and designer.  He designed man, he designed woman and he designed marriage.

The spiritual purpose of marriage in God’s design (from a Biblical point of view) was for it to be a symbol of the relationship of God to his people. The temporal (earthly) reasons for marriage would include companionship, procreation, provision, protection and pleasure.

In this design he made man to be a symbol of himself and man plays out this symbol by leading her, protecting her, providing for her, teaching her and disciplining her. In this same design woman plays the part of humanity in how we are to depend on God for his leadership, his protection, his provision, his teaching and his discipline.   This is why a woman’s submission to her husband is so emphasized throughout Scripture, because it is symbolic of the submission that humanity is to have toward God.

Should Christian wives fear their husbands?

You talk about “dread” and I read your posts on that subject. In the Christian faith we have a similar concept when it comes to God that we are to “fear” him. This is not some sort of scary fear (like God is a monster), but it is a reverent fear.

This is why the Bible tells women to submit to their husbands “as unto the Lord” (Ephesians 5:22) – literally a wife is to submit to her husband as she would unto God himself. She is commanded by God to “see that she reverence her husband” (Ephesians 5:33).  The English word “reverence” in that passage is a translation of the Greek word “Phobeo” which literally means “to fear or be afraid” or “to reverence, venerate, to treat with deference or reverential obedience”.  In fact most of the time that Greek word “Phobeo” is translated as “fear” throughout the New Testament.

So should a wife Biblically speaking have a little healthy fear or dread of her husband?

Today most Christian wives have ZERO fear or dread of their husbands even though the Bible commands them to. In fact I would argue that in most Christian marriages men are the ones who fear their wives.

Men show their wives they are either afraid to lose them (be alone) or afraid of the prospect of divorce and the financial or child custody repercussions that it may bring.

Should men flirt with other women to invoke dread in their wives?

From a Christian perspective, I don’t agree with a man flirting with other women in order to invoke fear (or dread) in his wife. I actually believe that is dangerous because when men flirt or talk inappropriately to other women it leaves open a doorway to possible affairs.

However I think there is a grave difference between a man casually talking to a woman and flirting with her.  Some wives are so jealously possessive of their husbands that if they say two words to another women they get “the look”.  This ought not to be the case .

Also as I have stated many times on this blog a man should never be made to feel ashamed of his God given wiring to desire to look at beautiful women around him(whether in person, on TV or online).

The rules I teach to my teenage sons and the advice I give to other men is “glance, don’t gawk”. To gawk is to be rude not only to the women you are with, but also to the woman you are gawking at. To glance is to do what God wired every man’s brain to do and there is no shame in taking pleasure from tasteful glances of beautiful women.

I do think there are other ways to invoke a healthy or “soft dread” in a woman from a Biblical perspective.  One of these methods is the “there’s the door” method. If a wife feels her husband is afraid to lose her or that he is afraid of what she would do to him in a divorce (financial and child custody repercussions) then she will never have that reverence (fear) for her husband that God commands women to have in Ephesians 5:33.

So when a woman acts out in rebellion toward her husband and tries to act as if she does not need her husband or that other men would treat her better the Christian husband should tell his wife “there’s the door”.  Will some women be foolish enough to walk out that door? Yes.  But the moment a man allows his wife to put him in a position of fearing her, rather than her fearing him the relationship has just changed from the design God intended it to be.

Meeting your wife’s needs versus her wants

From the perspective of sexuality and getting your wife to desire sex with you I advise Christian men to demonstrate to their wives by their actions that there is a direct correlation between a wife reverencing and ravishing her husband and her getting some of her wants met. And I emphasize “some”.

As Christian husbands we are required by God to provide our women with food, clothing, shelter and sex. These provisions along with our leadership, protection, teaching and discipline of our wives is what the love of a Christian husband looks like. We are also required to know our wives (talk with them) and give them proper honor as our helpmeet.

The only Biblical ways a husband is released from these requirements and may put his wife away (divorce her) is if she abandons him, physically abuses him, physically denies him the act of sex or if she has sex with another man.

Connect reverencing and ravishing with her wants being met

Reverencing was a concept we already talked about from Ephesians 5:33.  A wife ravishing her husband has to do with her being sexually intoxicating to her husband based on Proverbs 5:19 “let her breasts satisfy thee at all times; and be thou ravished always with her love” and Christian wives have the wife in the Song of Songs as an excellent example of how a woman can show physical love to her husband.

So rather than a man pursing his wife by buying her flowers, taking her on dates and weekend getaways, buying her jewelry or just giving her more of his time he shows his wife that after and only after she does the right things – then these things come.

And I don’t just mean she just rocks his world one night, and then he lavishes her with all these things.  No – she sees that in order to get “some” of her wants met she must FIRST reverence her husband outside the bedroom and she must ravish him inside the bedroom and this becomes the pattern of her behavior toward her husband.  If either the reverence or ravishing goes down, he pulls back on these other things so she understands the correlation.

But even if a woman does reverence and ravish her husband as she should the husband must make his wife realize that this is never a way to control him.  Some women are devious and they actually reverence and ravish their husbands in a manipulative way to get what they want or control all his time.  This is something a Christian husband cannot allow his wife to do.

Grace and Mercy in Christian marriage

I wanted to say something about the Christian concepts of grace and mercy and how they apply to us as Christian husbands. For us as Christian husbands in our representation of God in his relationship with his people we also need to show grace and mercy toward our wives.  This means sometimes we show them grace by giving them things they have not earned by their behavior and other times we show them mercy by not bringing the discipline on them that their behavior merits.

So Rollo – I think you and I agree on many of the problems, we just differ a bit on the solutions to those problems.  But I do think where you and I agree is that a man must not run around trying to earn his wife’s reference and ravishing but rather he should constantly be showing her through various actions that her having her wants met(as opposed to needs) is directly related to how well she serves him as her husband.

From a Christian perspective a wife ought to be reverencing and ravishing her husband simply because God commands it.  But it also helps to show that there is a correlation in the here and now when she does.

158 thoughts on “Reverencing, Ravishing and Rollo”