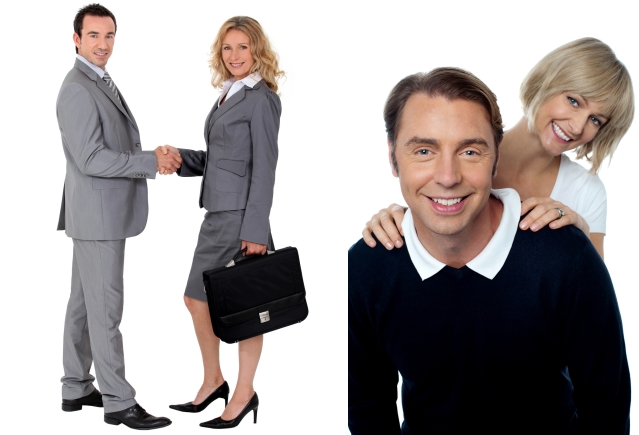 It is very common in modern American culture to refer to one’s spouse as their “partner”. Even one of the definitions of partner according to Webster’s online dictionary is: “someone’s husband or wife or the person someone has sexual relations with”.

Take for instance the translation of the NIV:

Husbands, in the same way be considerate as you live with your wives, and treat them with respect as the weaker partner and as heirs with you of the gracious gift of life, so that nothing will hinder your prayers.

I am not a KJV Only person. I quote from the KJV a lot on my site (if there is no version by a verse then it is KJV) but I also will quote from other versions like the NASB and sometimes I quote from the NIV. But the NIV really takes liberties with some passages and translations especially when it comes to gender and marriage and this is one of them.

Nothing in the original language(Greek) of this verse says anything about the wife being the weaker “partner”. The literal rendering is “weaker vessel”. Here is the KJV version of this verse:

Likewise, ye husbands, dwell with them according to knowledge, giving honour unto the wife, as unto the weaker vessel, and as being heirs together of the grace of life; that your prayers be not hindered.

“Vessel” is referring to her body, including her emotional state. A woman’s emotion can sometimes be her greatest asset, and at other times her own greatest enemy. A man has to use wisdom in listening to his wife and understanding her insights. She is also weaker physically, but a man should never treat his wife with disrespect because she is the weaker vessel, instead he should honor her for the position that God has given her as his wife and the mother of his children.

Our vessels however –are not equal. Just as woman is the “weaker vessel”, man is the stronger vessel.

Rather than being a partnership of equals, marriage is actually a hierarchy which reflects God’s design in creation. In this same passage in I Peter just before God speaks to husbands about the proper treatment of their wives he speaks to wives about the behavior he expects them to have toward their husbands:

Likewise, ye wives, be in subjection to your own husbands; that, if any obey not the word, they also may without the word be won by the conversation of the wives;While they behold your chaste conversation coupled with fear.

Whose adorning let it not be that outward adorning of plaiting the hair, and of wearing of gold, or of putting on of apparel; But let it be the hidden man of the heart, in that which is not corruptible, even the ornament of a meek and quiet spirit, which is in the sight of God of great price.

For after this manner in the old time the holy women also, who trusted in God, adorned themselves, being in subjection unto their own husbands: Even as Sara obeyed Abraham, calling him lord: whose daughters ye are, as long as ye do well, and are not afraid with any amazement.

Likewise, ye husbands, dwell with them according to knowledge, giving honour unto the wife, as unto the weaker vessel, and as being heirs together of the grace of life; that your prayers be not hindered.

A wife is to “be in subjection” to her husband and have a “meek and quiet spirit”. She is to follow Sarah’s example who obeyed her husband and called him “lord”.  This does not paint a “partnership of equals”, but rather a leader and follower, a master and servant relationship, a hierarchy.

But obviously this is no ordinary hierarchy, because it is also a relationship based on love. Ephesians 5 beautifully shows how marriage is a hierarchical relationship that must be bathed in love:

Wives, submit yourselves unto your own husbands, as unto the Lord.

Husbands, love your wives, even as Christ also loved the church, and gave himself for it; That he might sanctify and cleanse it with the washing of water by the word,

That he might present it to himself a glorious church, not having spot, or wrinkle, or any such thing; but that it should be holy and without blemish.

So ought men to love their wives as their own bodies. He that loveth his wife loveth himself. For no man ever yet hated his own flesh; but nourisheth and cherisheth it, even as the Lord the church:

For we are members of his body, of his flesh, and of his bones. For this cause shall a man leave his father and mother, and shall be joined unto his wife, and they two shall be one flesh.

This is a great mystery: but I speak concerning Christ and the church. Nevertheless let every one of you in particular so love his wife even as himself; and the wife see that she reverence her husband.

So again we can see the clear teaching that husbands are the head of their wives. God created a beautiful picture in marriage of the relationship between God and his people. Man is symbolic of God in marriage, and woman is symbolic of the people of God. Man is called to lead his wife as Christ leads the church and the wife is called to submit to her husband as the Church submits to Christ.

The scriptures are clear – marriage is a patriarchy (male lead), not a partnership.

If marriage could be compared to anything I believe a sports team would be a much better comparison. The husband and father would be the like the coach, the wife and mother would be like the team captain. The coach sets the polices and calls the plays, and the team captain carries out those polices on the field (the home) with the other players (the children). Just as a team captain has authority over the other players, so too the mother has delegated authority from the father over the children. Just as a team captain can influence a coach’s decisions, so too a wife and mom should be able to influence her coach’s (her husband’s) decisions.

12 thoughts on “Is marriage a partnership or patriarchy?”