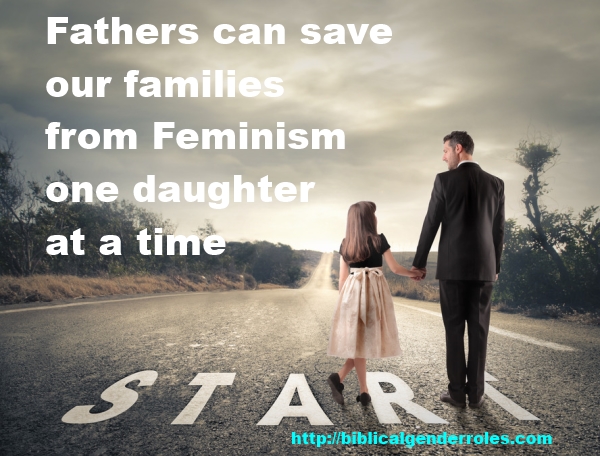 The relationship between Feminism and Socialism

It is no coincidence that the rise of Feminism and Socialism in America came about at the same time. Socialists knew that they could tug on the heart strings of women more than men who were guided by logic more than emotion. After women pressured their husbands to vote for women’s suffrage a never ending flood of socialist policies were passed because of women’s votes. Instead of following sound economic, military and moral polices, we are now a nation led by the motto – “If it feels good, we should do it”.

I know many Christians, both conservative and liberal, who don’t believe Christians need to be involved in politics. They think we should just reserve all our energy and ability for our churches and communities and leave politics to others. Others take the position that our vote does not matter anymore since our own supposedly conservative politicians have let us down so many times. I reject both of these positions.

“Therefore to him that knoweth to do good, and doeth it not, to him it is sin.”

Fighting for what is morally right, from a Biblical perspective, is not an option for a Christian. It is his sacred duty. Even if sometimes we feel that we are in the minority, we must always fight for what is right, not necessarily what is popular.

I teach my children to be very active in politics and we regularly watch the news together and we discuss politics in light of the Bible as well as our founding father’s original intentions. But as important as it is to be involved as Christian in politics, at the end of the day we must realize that our ultimate salvation is not in the Republican Party, or even in the Tea Party, but it is in God.

We need strong Christian men to take a stand against Feminism

The remedy to this is strong Christian men. Men need to take back our society from feminism. As Christian men, we need to look for Proverbs 31 women, whose value is more than rubies. As believers the Bible tells us that we need to marry believers.

“Do not be yoked together with unbelievers. For what do righteousness and wickedness have in common? Or what fellowship can light have with darkness? What harmony is there between Christ and Belial? Or what does a believer have in common with an unbeliever?”

But the sad reality is that many Christian women today have bought into the lies of feminism. Christian men need to look for women who want to put their husbands, children and home first and work outside the home comes second to these things.   They need to RUN from women who want to give the majority of their time, talent and energy to a career and who want to leave their mothering and home care duties to others.

I realize in America that this is a tall order as the majority of women here are either moderately feminist, or extremely feminist. I don’t think men need to give up on American Christian women, but they need to search hard as there still are many gems out there. There are some good Christian dating sites that allow Christian men to find women who share their Christian values. Eventually though some men will have to look to other, less westernized nations where Christian women still embrace their God given role in the home.

Fathers can make the most impact on our nation

I know of many great Godly mothers who raise their daughters to follow God’s design for their life, to find a husband, get married and have lots of kids.

“I will therefore that the younger women marry, bear children, guide the house, give none occasion to the adversary to speak reproachfully.”

They teach their daughters to respect their husbands, they teach their sons to love their wives, and they help to build the strong Christian families we need.

But sadly in many homes in this country, even in Christian homes, both conservative and liberal, women are not following God’s design for their lives. They put their careers before their husbands and they look at children as burden rather than a blessing. If they do want kids, they have one or two, under the guise of “being able to give them a better life”. When the child is a couple months old they drop the infant off in daycare with strangers and leave their God given duty of mothering to others. They give the majority of their time and talents to strangers, rather than their husbands, their children and their homes.

The reason I brought up men looking for good Christian wives who embrace their Biblical helpmeet role is that it will make their job as a husband and father much easier. When you are married to a woman who embraces God’s design for man and woman, you are both teaching your kids the same things and you have a much better chance of your children following those things as you and your wife model them for them.

But whether a man is married to a woman who is surrendered to God’s design for her life, or if he is married to a feminist who rejects God’s gender roles – his task is still to lead his home. He may not ever be able to change his feminist wife’s attitude, but he is to exercise his leadership whether she follows him or not.

The women that a man is called by God to have the most influence on, especially in teaching and molding to follow God’s design for their lives, is his wife and his daughters.

But while I do believe husbands are called to teach and help mold their wives, the reality is, if their wife is a feminist believer it will be very difficult to change that entrenched mindset.

In this case if you wake up one day and realize “I married a Christian feminist!” there are still some things you can do.  In fact God expects you to do everything in your power to help your wife escape the sinful ways of feminism.

Some Christians falsely claim that all a Christian husband can do is pray for his wife and don’t get me wrong I believe in the power of prayer.  But would we say the same thing about a rebellious child? No.  We would say that a parent should do everything in their power to drive that rebellion from the child and only after they have exhausted everything in their power then they leave that child in the hands of God.

It is no different with a wife – for more on dealing with a rebellious wife see my post 7 ways to discipline your wife.

But in the end a wife can still reject the prodding of both her husband and the Holy Spirit of God and often women do because of years of cultural conditioning that has convinced them of their feminist views.

So this leaves daughters. Even more than men’s wives, most men can have a powerful influence on their daughters. Fathers can influence and teach their daughters, not only in word but in example. Even if their mother is a feminist, a father can fight against this influence by disciplining and loving  their mother and still exercising leadership. If a man is trying to lead his family in a loving way, and mom is constantly bucking at him trying to lead, a daughter will see this.

Men not only need to demonstrate the strength and leadership God has called them to, but they also need to show their daughters the love and affection they need. They need to constantly find ways of teaching them about the world, and how God wants them to live their lives. They need to show their daughters the value of being a wife and mom, and help them to understand that only by accepting God’s design for their lives, will they find true happiness and contentment.

I have four sons and one daughter. My daughter is now a teenager. From the moment she was born, I realized I was raising another man’s wife and the future mother of his children. God has given me a temporary stewardship over her, and one day I will give her hand to another man.

I believe if more men had the courage to teach their daughters the wrongs of feminism, both from the Bible and from examples in the world we could turn this nation and the world around.

Is it important how we raise our sons as well? Of course it is! See my post “16 Ways to Instill Biblical Masculinity in your Sons” for Scriptural leading in this very important area.

But I firmly believe we would have a lot less dead beat dads, and men who were unwilling to marry and take on the role of husband and father if there were more women who embraced their Biblical and biological design. If men knew they could find a wife who would respect them, follow them, love them more than herself, and embrace her place in the home then many more men would head to the marriage altar.

20 thoughts on “Fathers can save our families from feminism”