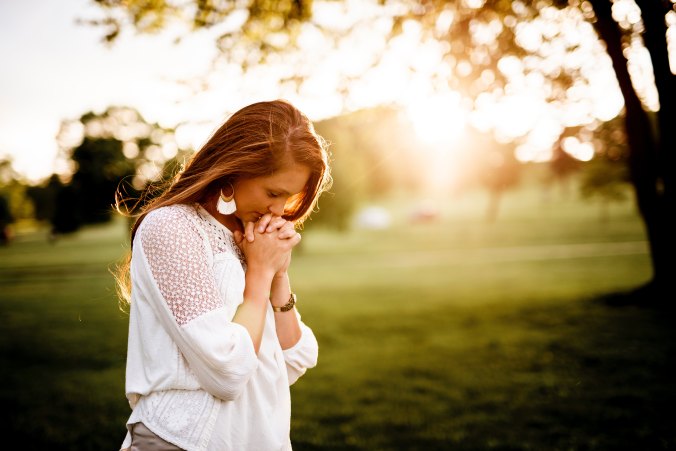 The Bible tells wives in Ephesians 5:24 to be subject to their husbands “in everything”. So what is a Christian wife to do if her husband commands her not to speak of the Gospel to her children? Does God want her to obey that command?

My inspiration for this article came from a comment I recently received from a woman calling herself Alice. She had been talking about how her husband had left the Christian faith and she worried about her children:

“BGR, my husband is not requiring me to abandon my faith or church, so I do not need to do anything. I really do believe if I keep my mouth shut, God will lead him home. If he wants me to accompany him to religious services at a Buddhist temple, I will, but I do worry about the children. I do not contradict him in front of them, but I am worried because he is very vocal about his disdain for Christianity.

They are in Catholic school and he does not want them to move, but his point of view is in direct contradiction of what they are learning and I don’t know what to do. I don’t tell them privately that their father is wrong, that seems like the height of disrespect toward my husband, but I also don’t want my children thinking Christianity is wrong. I also know it is not my place to teach my husband anything spiritually, so I mostly try and steer conversations away from religion. Politics is always a good foil!”

Wives Should Win Their Husbands With Their Behavior, Not Their Words

“Likewise, ye wives, be in subjection to your own husbands; that, if any obey not the word, they also may without the word be won by the conversation of the wives; 2 While they behold your chaste conversation coupled with fear.”

So the Scriptures make clear that wives are not to try and win their husbands by preaching the Gospel at them but instead they are to win them by their subjection, and their pure and respectful behavior toward their husbands.

A key phrase that many people miss in I Peter 3:1 is the word “Likewise”.  What this means is the Apostle Peter is referring to another group he was just talking about.  In the previous chapter just before speaking to wives Peter speaks to slaves where he says something very similar:

“Servants, be subject to your masters with all fear; not only to the good and gentle, but also to the forward.”

Is Peter saying wives are identical to slaves? No.  But what he is saying is that “likewise” or in the same way he had just told slaves be in subjection to their masters, even masters who mistreated them and caused them to suffer, so too wives are to use this approach with their husbands to try to win them to Christ.

Let’s bring this back to Alice now.   Alice is exactly right in keeping her “mouth shut” with her husband.   She needs to win him by her subjection and reverent (fearful respect) behavior. But what about her children?

God Sent A Woman Behind Her Husband’s Back

While her husband is allowing them to stay in Catholic school, he is directly contradicting everything they learn about the Christian faith. And Alice worries that she cannot go behind her husband’s back to them their father is wrong.  So what should she do? What if she did go behind his back and he found out and forbid her from sharing the truth of the Gospel with her children? How should a Christian woman in Alice’s position handle this situation?

The answer to this question can be found in two passages of the Scriptures.  The first is found in New Testament in the book of Acts.  The Apostles had been imprisoned by the Jewish High Priest for going around preaching the Gospel but the Angel of the Lord came by night and freed them and total them to continue preaching the Gospel.  The High Priests have them captured again and brought before them where the following conversation took place:

“27 And when they had brought them, they set them before the council: and the high priest asked them, 28 Saying, Did not we straitly command you that ye should not teach in this name? and, behold, ye have filled Jerusalem with your doctrine, and intend to bring this man’s blood upon us.

29 Then Peter and the other apostles answered and said, We ought to obey God rather than men.“

So we see here that when our earthly authority commands us to not speak the Gospel we have a higher authority in God which compels us to.  Some may argue – “Well these were men and not wives”.  There is absolutely no reason this same principle would not apply to a woman or a wife as well.

Sometimes even a wife must go against her husband for the sake of God or to save the lives of her family members from her husband’s evil actions.  For an example of this we will look to an Old Testament woman named Abigail.

In I Samuel chapter 25 we read of a man named Nabal who has a wife named Abigail. The Bible tells us he was an evil man. David and his men were in need of food and water so he sent some men to ask for help from Nabal.  Nabal rudely turned David’s men away refusing to help and asked who David thought he was to ask for such help.

David hears of this and rally’s 400 of his men to go and kill Nabal and all the men of his house.  Abigail hears of the evil her husband had done and the impending death that that was coming for all the men of her household at the hands of David and his men.

She tells the servants to get food together to go to meet David and his men.  In I Samuel 25:19 we read “But she told not her husband Nabal”.  She literally secretly went behind his back to do what was right to save her family.

She met David and told him her husband was wrong and she was going to make amends for her husband’s evil actions.  David tells her in I Samuel 25:32 – “Blessed be the Lord God of Israel, which sent thee this day to meet me”.

Again let’s bring this back to Alice and her children.  While she should remain silent directly toward her husband as I Peter 3:1-2 indicates the situation is different with her children.  Why is it different? The reason is that her children are not her authority. Notice in I Peter 2 and I Peter 3 Peter is speaking to how we speak and act toward those above us.  He tells slaves or servants to win their masters with their behavior and he says the same of wives toward their husbands.

What about attending the Temple of a False god?

Alice made the following statement about attending a Buddhist temple with her husband:

“If he wants me to accompany him to religious services at a Buddhist temple, I will”

But this is what the Scriptures tell us:
“14 Be ye not unequally yoked together with unbelievers: for what fellowship hath righteousness with unrighteousness? and what communion hath light with darkness?

15 And what concord hath Christ with Belial? or what part hath he that believeth with an infidel? 16 And what agreement hath the temple of God with idols? for ye are the temple of the living God; as God hath said, I will dwell in them, and walk in them; and I will be their God, and they shall be my people.

17 Wherefore come out from among them, and be ye separate, saith the Lord, and touch not the unclean thing; and I will receive you.”

And while I know some will disagree with me – if you were Protestant and your husband converts to Catholicism you should follow him to the Catholic Church.  Why? Then answer is found in the following Scripture passage:

“1 Beloved, believe not every spirit, but try the spirits whether they are of God: because many false prophets are gone out into the world. 2 Hereby know ye the Spirit of God: Every spirit that confesseth that Jesus Christ is come in the flesh is of God:

3 And every spirit that confesseth not that Jesus Christ is come in the flesh is not of God: and this is that spirit of antichrist, whereof ye have heard that it should come; and even now already is it in the world.”

We can and will have strong disagreements between Christian Churches.  But we need to be very careful of ever saying someone, or a church that believes Jesus was the Messiah, the Savior and God in the flesh and died for our sins on the cross cannot be called a Christian  or a Christian church.

They should share the Gospel with others and most importantly their children.

Abigail acknowledged her husband was wrong in a particular area, and so too a Christian mother can maintain the respect for the children’s father but at the same time teach them the godly principle that we must always “obey God rather than men”.  If anyone tells us not to tell others the Gospel, we can and must disobey such a command because God is our higher authority.

Also in following this same principle of obeying “God rather than men” I do not think a woman in Alice’s situation should attend a Buddhist, Hindu, Islamic or other non-Christian house of worship.   The Scriptures are clear when they state “And what agreement hath the temple of God with idols?…Wherefore come out from among them, and be ye separate, saith the Lord, and touch not the unclean thing; and I will receive you.“

It is one thing if a woman’s unbelieving husband wants to live with her in peace.  The Bible tells us she should in I Corinthians 7:13 where it states “And the woman which hath an husband that believeth not, and if he be pleased to dwell with her, let her not leave him“.

But she cannot go against her Lord whether it be in sharing her faith with others including her children or in attending the temple of idols.  The Scriptures are clear that we must love Christ more than our family and for a Christian wife that would include her husband: