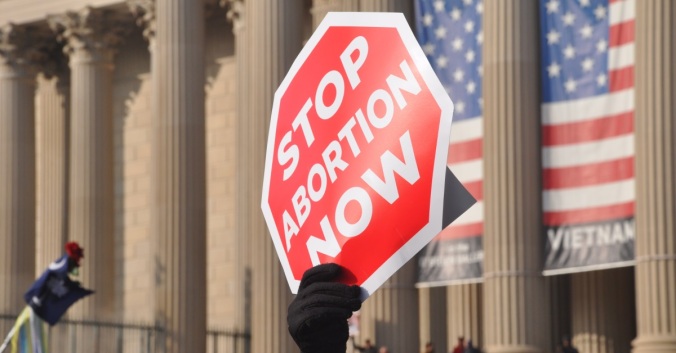 Within the span of just a few days we have had a congressional representative ask “is it okay to still have children?“ and yesterday we saw Democratic senators blocking a vote to protect infants that survive abortion attempts.  As Christians and as pro-life advocates we speak out against such evil ideologies as we should.  But many Christians and pro-life advocates fail to even recognize, let alone address the root cause of America’s Antinatalism.

Yes, Having Children is a “moral question”

Fox News reported the following about Rep. Alexandria Ocasio-Cortez’s “legitimate question” that she asked just a few days ago:

“Freshman Rep. Alexandria Ocasio-Cortez said young people have to ask a “legitimate question” in the wake of climate change and mounting student loan debt: “Is it okay to still have children?”

“Our planet is going to face disaster if we don’t turn this ship around,” she said, as she chopped sweet potatoes. “And so it’s basically like, there is a scientific consensus that the lives of children are going to be very difficult and it does lead, I think young people, to have a legitimate question. Ya know, should—is it okay to still have children?”

She continued: “Not just financially because people are graduating with 20, 30, 100 thousand dollars of student loan debt so they can’t even afford to have kids in the house, but there’s also just this basic moral question, like, what do we do?””

“And God blessed them, and God said unto them, Be fruitful, and multiply, and replenish the earth, and subdue it: and have dominion over the fish of the sea, and over the fowl of the air, and over every living thing that moveth upon the earth.”

God’s very first command to mankind was to “Be fruitful, and multiply, and replenish the earth” and until he rescinds that command, we are obliged to obey it.

For young men that means working toward a career that can support a wife and children and as soon as they can support a family seeking out a wife for marriage.

For young women they should be working with their fathers to find godly husbands who can support them and then getting married not long after high school or even dropping out of high school for marriage if their father finds a man earlier and that he approves of.

But whenever we talk about God’s first command and its continuing relevance for our lives today, we must also talk about his exception to that command which is celibacy.

“7 For I would that all men were even as I myself. But every man hath his proper gift of God, one after this manner, and another after that. 8 I say therefore to the unmarried and widows, it is good for them if they abide even as I.  9 But if they cannot contain, let them marry: for it is better to marry than to burn.”

God gives some people the gift of celibacy for undivided service to him.  Celibacy is not meant as a “get out of marriage free card” as some like to use it.  It is not meant to allow one to live a selfish life free of the responsibilities of marriage and children. It is meant for undivided service to God and is the ONLY exception to God’s command to be fruitful and multiply which means – get married, have sex and have children.

What I said previously about young women seeking marriage right after high school or even dropping out of high school for marriage may be offensive even to some pro-life people reading this.  But you must understand that God did not command that women have college educations and careers but rather he commanded that they marry and have children:

“I will therefore that the younger women marry, bear children, guide the house, give none occasion to the adversary to speak reproachfully.”

Our society’s push for women’s equality with men and independence from men, whether it be in education, careers or voting has directly led to some very tragic realities that are all but buried by our media and sadly even our churches today.

Before the woman’s rights movement began in the mid 1800’s, divorce rates were 3 percent.

By the time of the passage of Woman’s Suffrage in 1920 the divorce rates had jumped to 13 percent.

In the mid 1980’s divorce rates had peaked at 53 percent.  The only reason they eventually fell to the mid 40 percent range since the 1980’s is because of the wide scale abandonment of marriage.

Today, 60 percent of people ages 18 to 34 are not married. And the majority of this critical age group is not even cohabitating.

Based on all the statistics we know about increased divorce rates and falling marriage rates since the beginning of the woman’s rights movements in the mid-19th century, we must admit the following truth:

Male/female relationships and most importantly the institution of marriage itself has been decimated by the woman’s rights movement in America.

Over 60 million divorces have occurred since the women’s rights movement began pushing for women’s legal and financial independence from men.  And if you are pro-life you probably know that over 60 million abortions have taken place since the 1973 Supreme Court decision in Roe vs. Wade.

Please hear me as a fellow pro-life advocate, you cannot separate abortion from the woman’s rights movement.  Abortion rights were simply the logical consequence of making women equal with men and making women financially and legally independent of men. God never meant for women to be social equals with men anymore than he meant for children to be social equals with their parents.

The Bible tells us God’s social order in the following Scripture passages:

“But I suffer not a woman to teach, nor to usurp authority over the man, but to be in silence.”

But we in America and Western civilization thought we knew better.  We over turned God’s social order and we have reaped what we have sown.

Yesterday, we had Democrats blocking the “Born-Alive Abortion Survivors Protection Act” as reported by Fox News:

“Senate Democrats on Monday blocked a Republican bill that would have threatened prison time for doctors who don’t try saving the life of infants born alive during failed abortions, leading conservatives to wonder openly whether Democrats were embracing “infanticide” to appeal to left-wing voters.

All prominent Democratic 2020 presidential hopefuls in the Senate voted down the measure, including Bernie Sanders of Vermont, Kamala Harris of California, Cory Booker of New Jersey, Kirsten Gillibrand of New York, Amy Klobuchar of Minnesota and Elizabeth Warren of Massachusetts. The final vote was 53-44 to end Democratic delaying tactics — seven votes short of the 60 needed…

The Born-Alive Abortion Survivors Protection Act would have required that “any health care practitioner present” at the time of a birth “exercise the same degree of professional skill, care, and diligence to preserve the life and health of the child as a reasonably diligent and conscientious health care practitioner would render to any other child born alive at the same gestational age.””

As a society we have placed women’s rights on such a high pedestal that we are now literally willing to sacrifice the life of not just unborn children, but even those who have been born.  When will we open our eyes to this evil?

We cannot continue to avoid this question.  How did we as a society come to a point where on February 25th, 2019 the United State’s Senate actually blocked a bill protecting infants that are born alive from being allowed to simply die on a table with no help?

The root of this issue started on July 19th, 1848 in Seneca Falls, New York with the first women’s rights convention. After this conference new rights were given to women in divorce making divorce easier and less painful for women which lead to a spike in divorces even before the passage of Woman’s Suffrage in 1920.

Women from 1848 and forward began to rebel against the authority of their fathers and their husbands.  This led to the rejection of courtship and the embrace of the new practice of dating.   Dating led to rampant sex outside of marriage and a jump in out of wedlock births which eventually peaked at what we have today which is a 40 percent out-wedlock birth rate.

This change to woman-centric marriages and relationships also lead to a 53 percent divorce rate at its peak in the 1980’s.  After divorce rates peaked at 53 percent the next generation began rejecting marriage and even dating became dysfunctional to the point that in our current culture 60 percent of people ages 18-34 are not married.

So, we can see the natural progression.

Giving women more rights and control over their lives, bodies and who they married led to more divorce, more sex outside of marriage, more children born out of wedlock, abortion and finally now in 2019 legalized infanticide.

When will we admit the root of all this evil?  When will we admit that overturning God’s design and his social order of men ruling over women was a colossal mistake? How far must we go as a society before we will come to our senses?  Will our civilization have to collapse before we will undo all the rights we have given to women since the Seneca Falls convention in 1848?

18 thoughts on “The Root Cause of Antinatalism in America”